B-Kei is a now inactive substyle of gyaru fashion inspired by R&B fashion.

B-kei is a unique gyaru substyle that is often criticized for its imitation of R&B culture, and black culture in general. [1]

The style incorporates darker tans that are similar to the skin tones of R&B black artists. Additionally, it incorporates traditionally African hairstyles, such as cornrow braids and weaves. The goal is to create a look that no longer looks Japanese, but instead makes the wearer look similar to someone in an R&B music video. [2]

For fashion, the style focuses on clothing that might be seen in R&B music videos. Tracksuits are particularly common in the style.

B-kei is now considered an inactive style and saw its popularity boom in the 90s and early 2000s. However, at its height, it incited criticism from communities abroad for its imitation of black culture. The aspect of tanning in particular was often criticized, cited as cultural appropriation. Those who wore the style claimed it was done in appreciation of R&B culture, and in an effort to imitate the artist and lifestyle they loved.

Nowadays, the style has faded in popularity, and the criticism has mostly died as well. [1] [2] 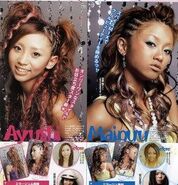 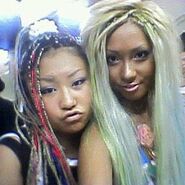 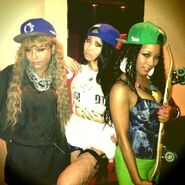 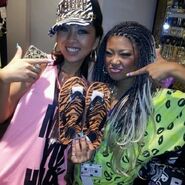 Retrieved from "https://j-fashion.fandom.com/wiki/B-Kei?oldid=7214"
Community content is available under CC-BY-SA unless otherwise noted.